The way I see it, if you want the rainbow, you gotta put up with the rain.
- Dolly Parton 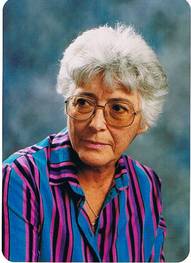 I was born in South Africa and lived there until 1997 when my husband and I emigrated to New Zealand. We     now live in a small village under the  protective arm of a beautiful mountain called Te Aroha. I have four grown-up children, a cat, a classical guitar (although I don't play often enough) and many books.
Two of my earlier books are now, sadly, out of print. In the day they were both bestsellers. They were:
Debbie's Story
A New Life in New Zealand

So-o-o boring! Yes, that is me but I'm so much more than that. Aren't we all!

I was a wife, mother and general dog's-body for more years than I care to recall. I don't know if lurking in the background was a writer-in-waiting just ready to be born. But I do remember as a child writing and producing 'magazines' with my cousin, Cynthia. She went on to do the the 'real' writing long before I even thought of it. She was a newspaper editor who was tragically killed in 1996 by a hippo in the Okavango Swamps. (Yes, beware hippos. They are the most dangerous animals in Africa.) I'm so sorry she never lived to see me become the writer she thought was there.
I met Debbie Neville in 1992 while volunteering at LifeLine. She asked me to write her story and I jumped at the opportunity. It probably surprised us both that the book, Debbie's Story, published in 1997, became a bestseller. It focused on Debbie's childhood experiences of neglect and sexual abuse.
I left South Africa in 1997 as the publication hoopla reached its peak. Debbie enjoyed an Indian Summer of 'fame' which gave her the impetus to do good things for victims of rape and abuse. She started up several Rape Crisis Clinics which were very successful. In 2004 Debbie committed suicide, no longer able to bear the pain of early abuse. It took me a while to understand that a child who is abused will lose part of themselves to the darkness. Does that sound melodramatic? I hope not.
In New Zealand I began writing again, thinking of the ease with which my first book became a bestseller. This is going to be easy, I thought. Yeah, right.
Several novels later and I met Evelyne Pothron on board a cruise liner. Evelyne was looking for someone to writer her mother's incredible story and I was looking for a project. Thus began my journey into wartime non-fiction starting with "The Lives of Alice Pothron", then "Out of Poland" and lastly, "The Ninth Candle" published in 2020.
So late in life but I've found my niche. Horrified at the awfulness of  World War II I feel the need to keep the flame alive. I hope to write a few more wartime books, both fiction and non-fiction. I hope that readers will help me do that.